It’s hard to imagine, but half the year is over and July is upon us. July and August are our hottest months and a great time to enjoy the beach and air conditioning! There will of course be firework displays all over town on July 4. There is some good music coming to town this month as well. Of course, the boys of summer are at it again at Joe Riley Stadium. It’s anyone’s guess what Riverdogs owner Mike Veeck might come up with next. Especially if his partner in crime, Bill Murray, is in town. 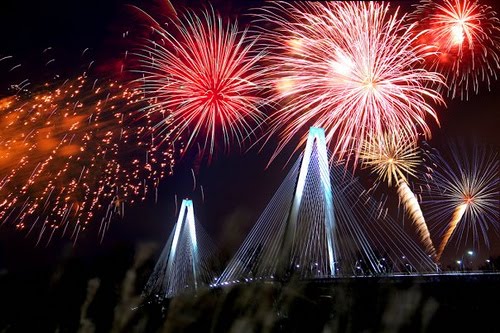 Here is your July calendar of events:

The real estate market here is booming and 2017 will likely be the busiest year we’ve ever had. 2016 was the 2nd busiest year ever by only a few transactions, and 2017 year to date is up 8.9% over 2016. Median sales price is also up 4.4% to an all time high of $250k. The economy is roaring along with only about 3.1% unemployment. Boeing is doing quite well here and that has led to Volvo building a new plant west of Goose Creek. Of course, BMW in Greenville has meant a lot to our port here in Charleston. The Chas Business Journal recently described the BMW/Port experience. Riding over the Ravenel Bridge the rows of shiny new autos are amazing. 700-1000 cars are unloaded each day from trains to the parking area, freeing the train to return to Greer to re-up. 5 BMW cars are loaded per hour onto a waiting cargo ship by 16 drivers each shift, six days a week. When Volvo’s Berkeley plant is up and running, they expect to ship out 30,000 vehicles of the 65,000 manufactured in 2018 through the port. Charleston has also become a favorite for tech startups. We have incubators all over town where these young people are working on the next hot technology. Charleston is now known internationally as Silicon Harbor! Getting voted #1 city in the World about 4 times in a row drew a lot of attention our way and we are no longer a hidden gem. The world has found us and they are coming.